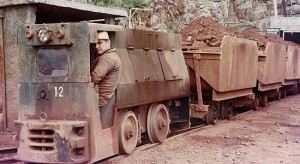 1967: One of the galleries opened for the underground mining of bauxite in the Ghiona area, is Tunnel 850, the number 850 indicating, according to the mining practice, its elevation.

1972: Operations in Tunnel 850 stop, since the specific bauxite deposit is “exhausted” after 5 years of exploitation, and the Gallery closes down.

1998: The company that promoted the area’s bauxite deposits undertakes the project to convert, after a 25-year period, the obsolete gallery into a tourist and educational destination, in order to honor the old miners of Fokis and promote the history of bauxite.

2003: In September, the Vagonetto-Fokis Mining Park opens its doors to the public, after the construction works have been completed and all necessary safety measures taken. The vagonetto used by the miners to transfer bauxite becomes a means of transportation for the visitors to get to the starting point of their walking itinerary through the history of bauxite.

2008: Inauguration of the audio-guide digital system in six languages (Greek, English, French, German, Spanish, Italian), co-funded by the European Union (European Regional Development Fund) and Greece. This system was designed along the standards of museums like the Louvre, the Vatican, and the Metropolitan Museum of New York.

2009: Inauguration of the new Interactive Wing of Digital Technology, consisting of three new rooms (blue, red, green) and utilizing the entertainment value of digital technology, along with its educational aspect. The project was co-funded by the European Union (European Regional Development Fund) and Greece. 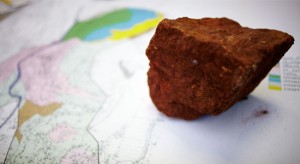 1924: the first mining explorations in the Oiti-Ghiona-Parnassos area brought the first resources of “poor iron ore” to light.

1927: These resources are officially recognized as “bauxite resources”.

1933-4: Bauxites Parnasse S.A. is founded for the exploitation of bauxite by Euripides Mavromatis and the Eliopoulos brothers, Helias and George, the third brother, Athanassios, joining the company 5 years later.

1935: A first contract of cooperation between the newly founded company and the French Lafarge is signed, which provides for the sales of Greek bauxite to the French company for the production of aluminous cements.

1936: Relevant contracts are signed with British, Scandinavian, and Swiss companies.

1950: Upon end of the German occupation, the company claims back its mines, having been transferred to the Greek State as «spoils of war».

1952: Following a compromise agreement, the Greek State leases to Bauxites Parnasse the mines which formerly belonged to the company, and thus begins their post war operation.

1967: The geographic distribution of the new bauxite deposits shift from Mount Parnasse to the Ghiona mountain range, necessitating the transfer of the company’s mining center from Topolia to the 51st km. of the Lamia-Amfissa National Road